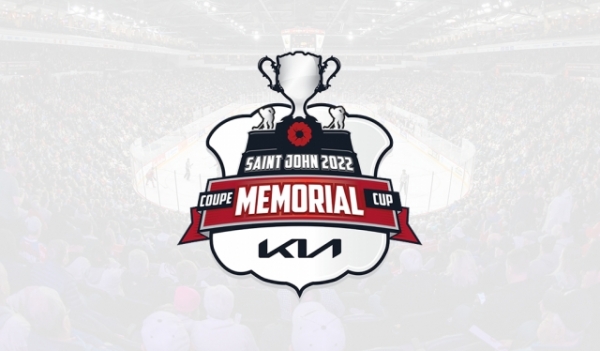 Brady Burns, forward for the Saint John Sea Dogs brought the Memorial Cup home. On August 1st, the Memorial Cup was on display at the Andrew H McCain Arena in Wolfville. As we can remember the Saint John Sea Dogs won the trophy by defeating the OHL champions, the Hamilton Bulldogs 6-3 in the finals on June 29th. "It was an indescribable feeling. It was a long time coming. It was really fun", Burns said in regards to winning the Memorial Cup. "The fans were awesome, it was really loud and they pushed us to another level".

The fans had a chance to come and see the Memorial Cup in person. "It is pretty cool to bring it to the community and see the people come out and see the trophy. It's exciting and I am happy that I got to do that here". Brady also signed some autographs and posed for pictures with the fans.

Brady Burns played two years in the Valley for the Wildcats. One year in Bantam in 2015-16 and another in Midget in 2017-18. "Playing with the Valley Wildcats gave me more opportunities when you get to another level. That is what you need at that age", Burns said.

The 20 year old has played with Saint John for the last four years and will be part of the Sea Dogs for a fifth season when training camp starts in three weeks. Last year he had 27 goals and 36 assists for 63 points in 68 games. "I am the kind of player that can score goals in a lot of different ways, make plays and create a lot more in the offensive zone." As far as his role for the 2022-23 season, Burns said that he will have a larger role as a 20 years old.

Good luck Brady for the next season and thanks again for bringing the Memorial Cup in the Valley.